Revit or Vectorworks? How studioCOLAB Made Their Choice 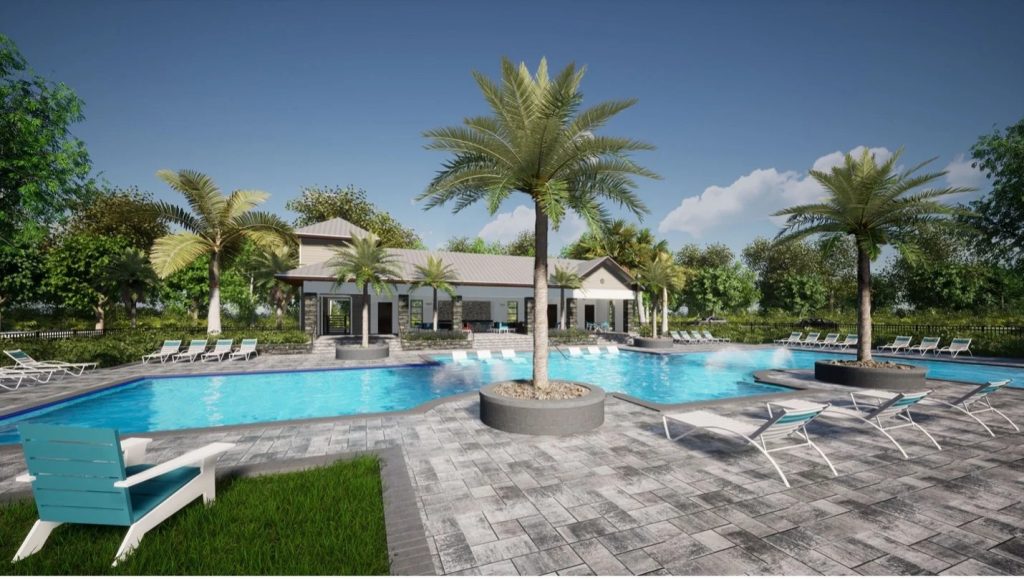 “The beauty of Vectorworks is I've been able to explore the things that I want to explore more.”

What draws a person to become an architect? The answer varies, but for Philip Lenzen, founder and principal architect of studioCOLAB and a recent convert to Vectorworks Architect, a love for architecture came from an unlikely source: psychology.

Having studied psychology as an undergraduate at Saint Louis University, he explained an innate connection between the two disciplines — the idea that architectural creations form distinct psychological feelings for those inhabiting them. “It was really an introspective time for me,” he said. “I’d say to myself: ‘Hey, when I go into a space like this, I feel like that. Now how do I do that?’”

There is clear desire from Lenzen to impact a space’s inhabitants.

Perhaps, such desire is because Lenzen’s father owned a construction business. Regardless, he fostered that growing interest when he went to work at a hospital in 1993 following his undergraduate studies. “I really liked that setting, again, because hospitals have all these weird emotions,” he said. “They’re emotional places to begin with. Some of them are designed really well, while others are absolutely horrible places to be.” 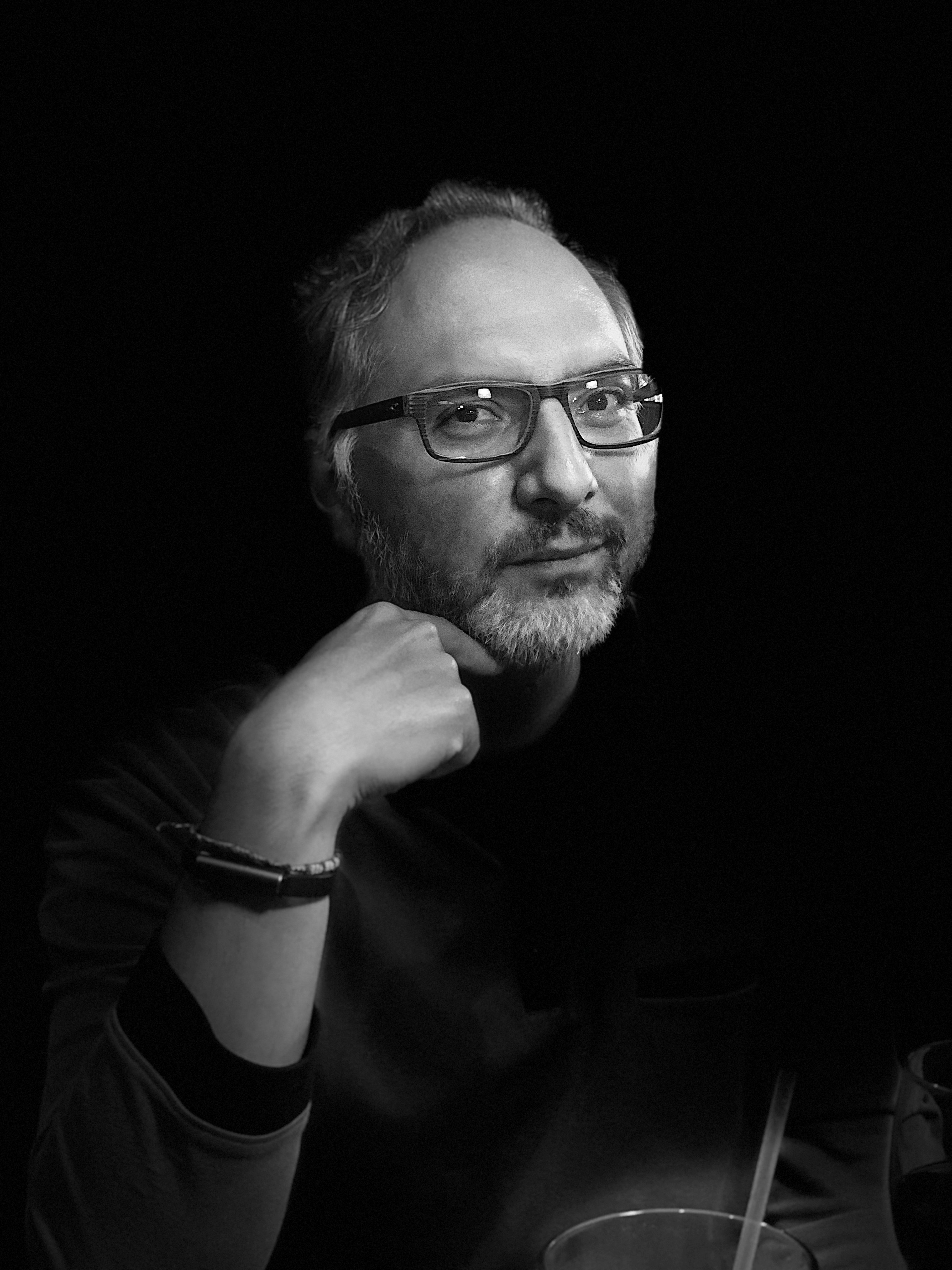 Around this same time, Lenzen also explored more creative avenues, like art school, sculpting, and even a brief spell in engineering school, a period he said made him realize his desire to “stick to the artistic” part of his attractions.

Still searching for control over the feelings that design inspired, Lenzen went to graduate school at Washington University in St. Louis and studied architecture.

After graduate school — where he studied with Pritzker Prize-winning architect Glenn Murcutt — Lenzen moved to Florida. Here, he worked with an architecture firm for the first time on a variety of LEED-certified projects. The move to the southern United States was tied to a developing interest in sustainability and water; he knew that, on the gulf coast, he’d have a great opportunity to explore this through design.

One project Lenzen worked on in Florida was an effort to remedy the states’ aquifer issue. According to Lenzen, Florida’s aquifer is far too shallow. “There’s some deep stuff,” he said, “but it’s getting more and more inundated with saltwater, and it’s also getting more and more inundated with nitrogen and other fertilizers.” Trying to fix Florida’s aquifer situation, Lenzen suggests, was a way to try and address Florida’s water shortage.

Environmental projects like this gave Lenzen valuable industry experience that would shape his career going forward.

Creative Freedom and the Origins of studioCOLAB

Following the retirement of his previous employer, Lenzen started his own firm, which he called studioCOLAB. From the firm's website: “We are a tropical urban architecture firm, creating architecture with a human connection to nature, people, and our urban environment.”

When Lenzen speaks to his firm’s philosophy, it’s clear that he is still motivated by the same curiosities that led him to architecture many years ago. “The philosophy is that, like a piece of art, architecture should touch the soul; it should create an emotional response. It should create something that appeals to the human heart,” he said. “A carefully placed small window with orange glass creates an orange beam of light in a room. The strange, orange beam makes you pause and wonder... And who knows what you’ll think, what memories it’ll wake up?”

Along with these design approaches, Lenzen has continued his passion for doing meaningful, sustainable projects with studioCOLAB. In the same vein of some of his previous work, Lenzen designed a USDA factory to help control fruit flies. He also has completed work for local chapters of Boys & Girls Clubs and Habitat for Humanity. 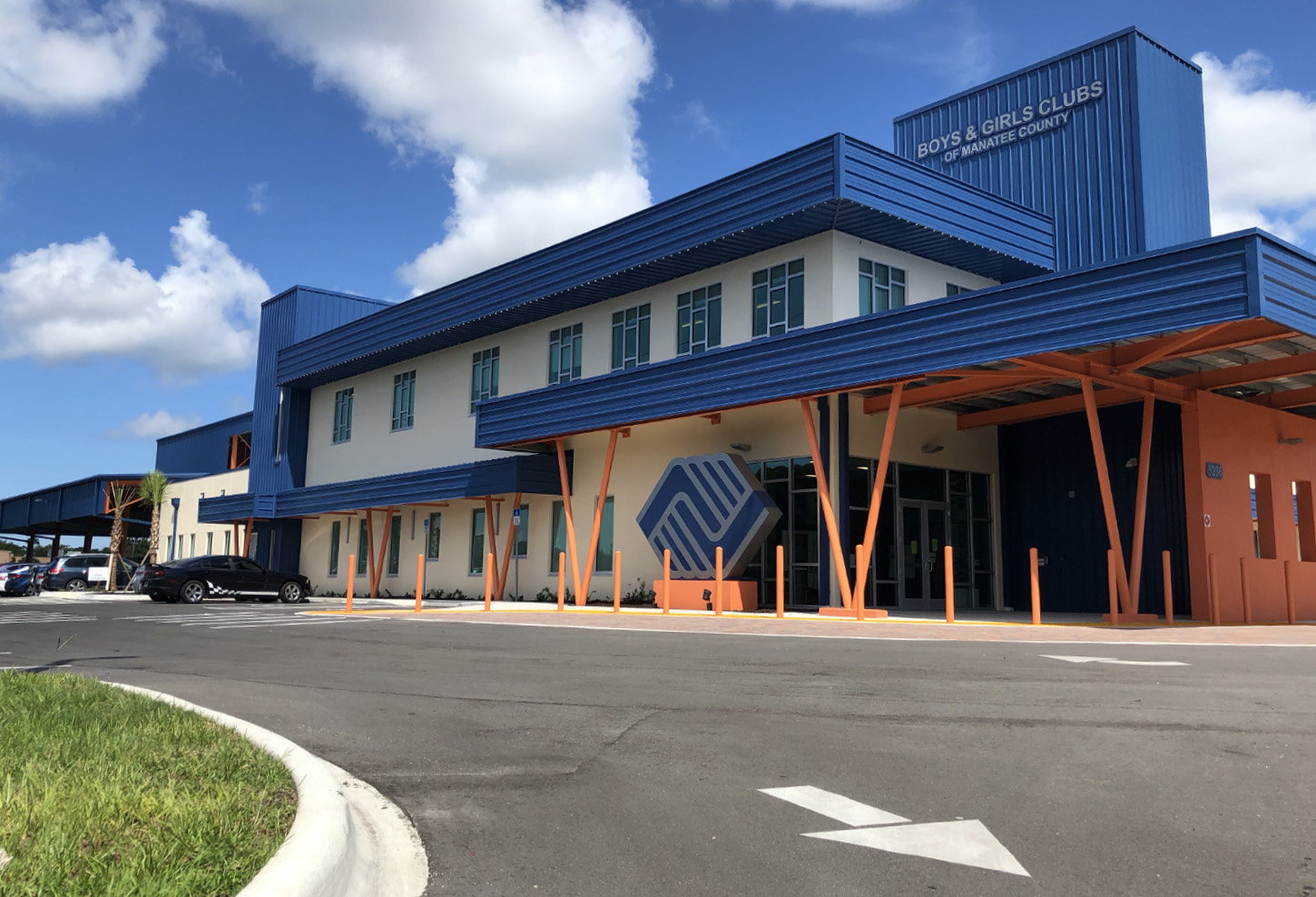 An interesting issue, however, arose when Lenzen was working on the Boys & Girls Clubs project. He explained, “They’re a nonprofit, so you have to come up with really creative ways to get some creative architecture in there. It was very difficult to get Revit to do the things I wanted it to do effectively and efficiently.”

And so, Lenzen started looking for an alternative design program that would encourage his artistic aspirations.

Switching from Revit to Vectorworks

Lenzen switched from Revit to Vectorworks about a year into his time with studioCOLAB.

Lenzen was originally using Revit for technical drawing for a variety of projects, some being manufacturing. Lenzen said, “The manufacturing projects were ideally suited for Revit. They're really simple. It was just boxes with things going around. So that was fine. It was very technical, very quick, but there's no real design aspect in it other than a little couple pieces here and there.”

But, when Lenzen was given projects that needed creative solutions — like the Boys and Girls Clubs — he was left wanting more: “Revit is a great tool for technical drawings. However, it’s a tool that starts to control you, and you’re no longer in control of that tool. And so, the creative side is just frustrating.” 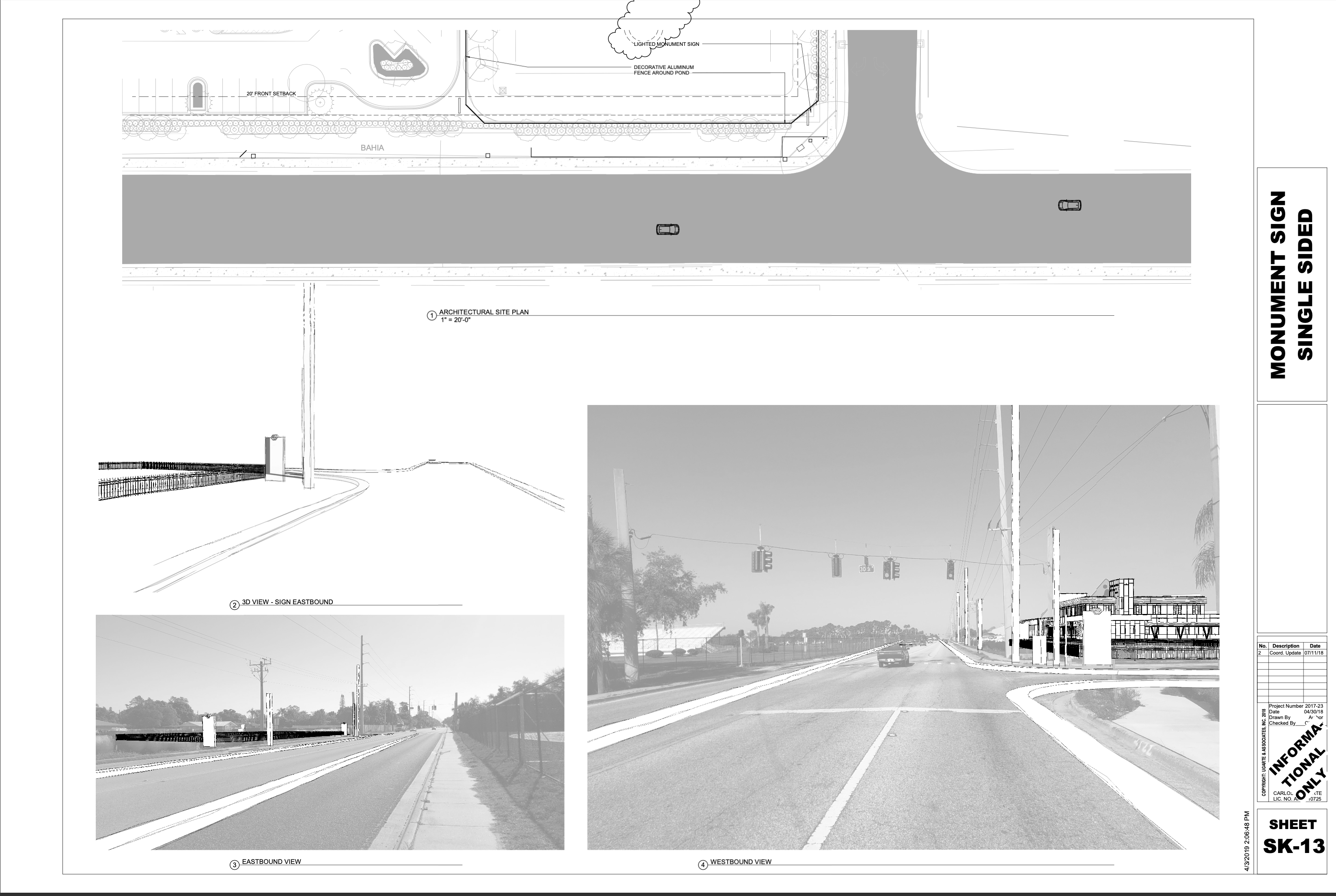 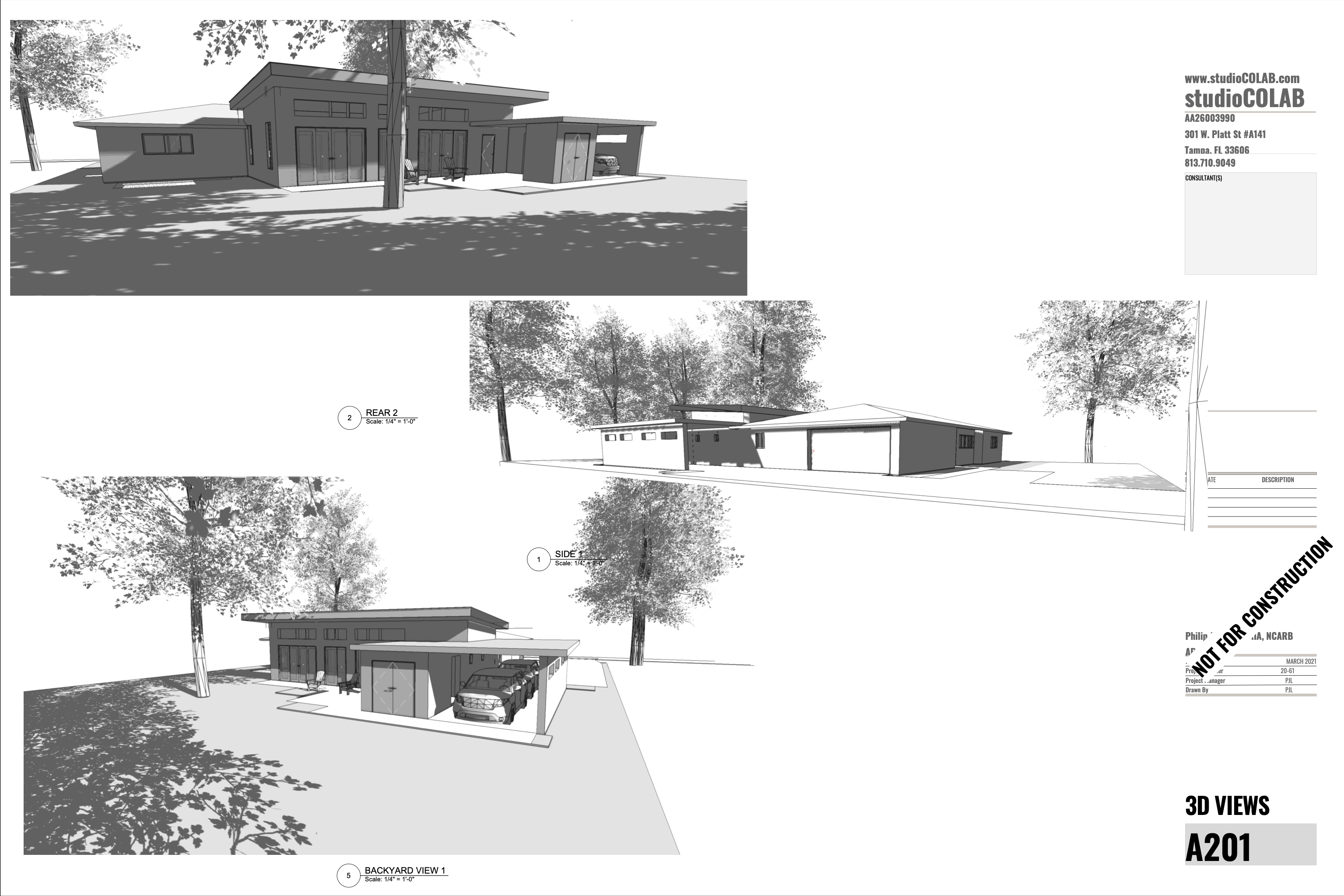 The design on the top — created in Revit — Lenzen described as “cold.” A Vectorworks drawing is below. “I like that the drawings themselves can be a piece of art.”

“The beauty of Vectorworks is the artistic side,” Lenzen continued. “The imagery is really nice, and the modeling is really fast. It’s very quick to come up with something efficiently in that sense.”

When he first got into the field of architecture in 2003, Lenzen wanted to create a designed environment that would illicit a certain response from the individual — now, with Vectorworks, Lenzen seems renewed in his passion to explore such concepts.

“One of the things I’ve been doing is being a lot more experimental and creative with my current designs,” Lenzen said. “So, the beauty of this is I’ve been able to now have that luxury, really, to explore the things that I want to explore more.” 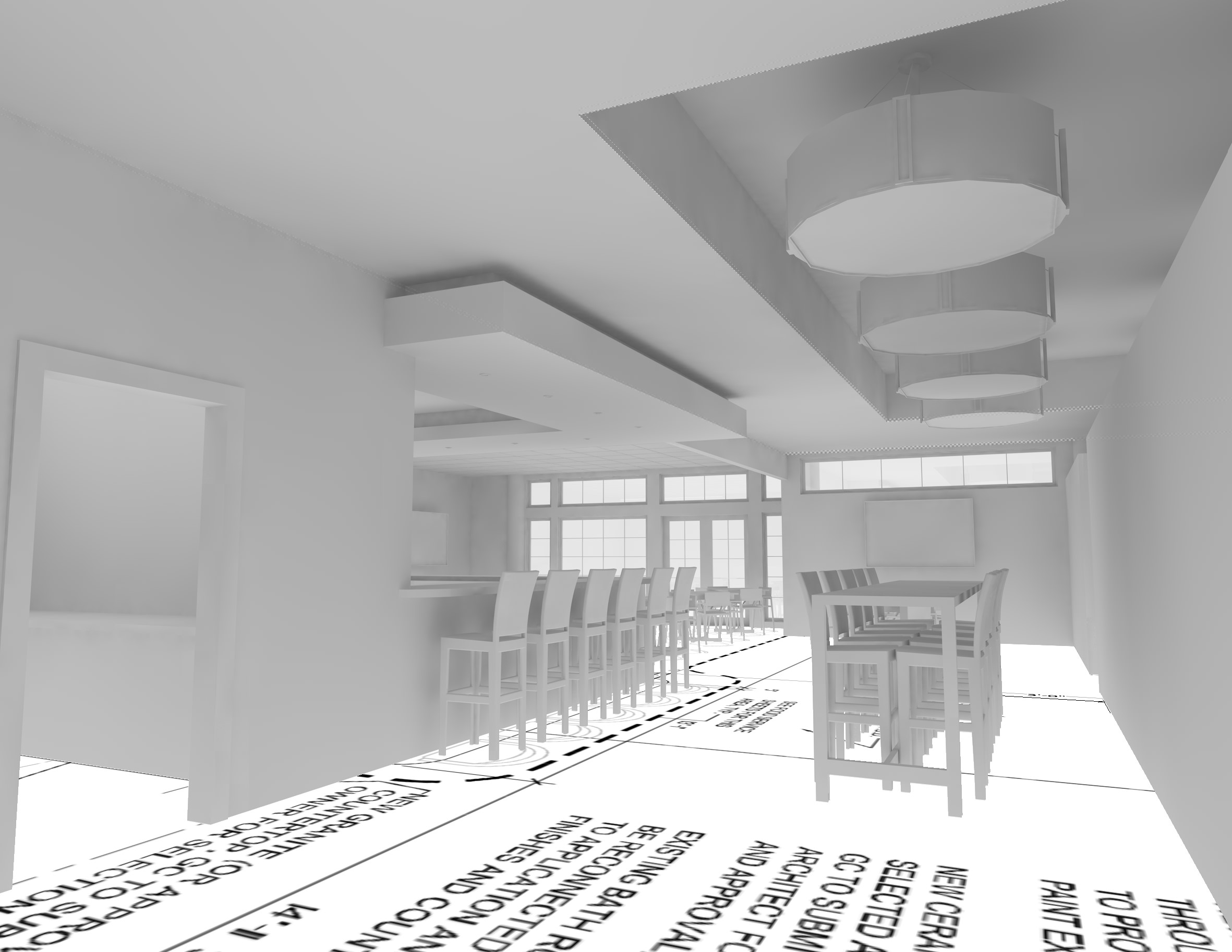 Another unique design from Lenzen, created using Vectorworks. He noted that 3D Revit drawings “do not feel as inviting” as the Vectorworks models.

At studioCOLAB, Lenzen has begun using Twinmotion in tandem with Vectorworks.

Lenzen used Twinmotion to render the design of a pool area. “The colored rendering of the pool was all modeled in Vectorworks, including all the furniture, and rendered in Twinmotion.” He could’ve done something similar in Revit, he positioned, but it would’ve had to be done manually and would’ve taken longer. Although it sounds cliché, time is money in the world of architecture. 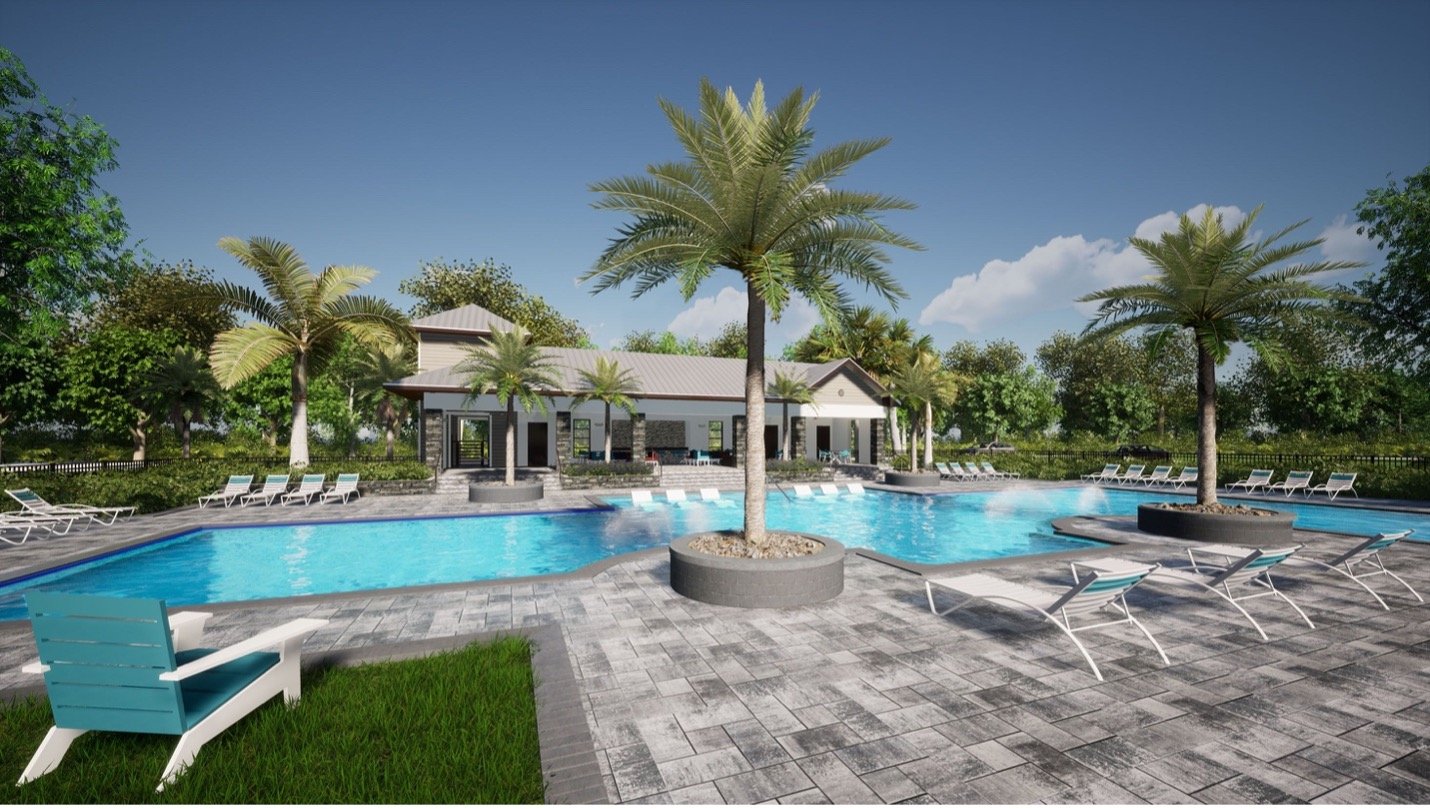 A studioCOLAB design, created with Vectorworks and Twinmotion.

What's Next for Lenzen and studioCOLAB?

When speaking on this new era of studioCOLAB, Lenzen is clear with his intention: “Actually, in the past six months I've committed to going in that direction ... more creative, artistic-type architecture and leaving all that other stuff behind, because I can now do it affordably.”

Such a decision isn’t an easy one to make, as Lenzen is technically a one-man show for studioCOLAB. The burden of the creative control falls into his willing — albeit, singular — set of hands. However, Lenzen does have an avenue of support when he is in need.

When considering the trial for Vectorworks, Lenzen was also given a link to the Vectorworks Community Board. And it was here where he met two designers that help assist the rendering stage of the workflow. The idea was given to Lenzen from a fellow colleague who did the same.  Lenzen recalled, “She suggested to me, ‘Hey, go on the forum. That’s where I found some quality people in the past,’ and so that’s what I did. Taking a clue from his company name, Lenzen used Vectorworks to collaborate, yet maintain creative control.

If you, like Phillip Lenzen, could use an extra set of creative eyes, consider visiting the Vectorworks Community Board. The forums serve as a great resource to connect with — and learn from — other creative talents in the industry.

Or, if you’re simply looking for more creative control, learn more about the design software Lenzen and thousands of visionary designers use to bring their ideas to life at vectorworks.net/architect.