Nightclubs are more than just places to party. They are live entertainment venues, stomping grounds of famous DJs, centers for celebration. So how do you design a top club from across the globe? Amsterdam-based Live Legends put their unique spin on the OT-Kun nightclub in Kunming — a project that required excellence at every step of the design process. OT-Kun comes after One Third, China’s number one nightclub, which the studio designed in Beijing. The creatives at Live Legends are no strangers to the club scene. “We have been involved in the nightlife area for more than 20 years,” said Daan Oomen, creative director/designer. They produced all the creative elements for OT-Kun — and we mean all, including fully programmed three- to five-minute timecode shows with dancers and special effects. 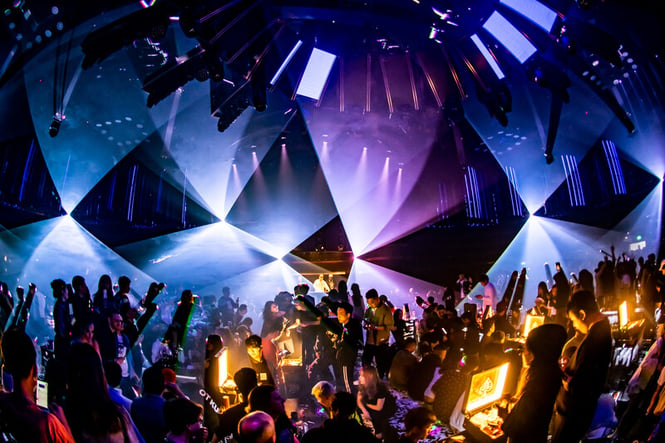 The team from Amsterdam still had much to learn at the onset of these projects. After all, designing a nightclub in China when you’re used to designing in Europe poses its own workflow challenges. Perhaps the biggest adjustment was the timeline. From the time of the original request to completion of the club, it only took five months — an impressively short amount of time. The quick turnaround was daunting to Live Legends at first, but they soon learned that the time schedules in China operate much faster than in Europe. “Normally you would say, ‘We’ll never do it. We’ll never finish it in time,’ but they do,” explained Serge Patist, senior light designer. There was no time for miscommunication. They needed to convey every tiny detail with meticulous accuracy. Patist worked closely with a translator, but the most reliable form of collaboration was the design file itself. Images and PDF prints with measurements made up the universal language spoken by both teams on this project. 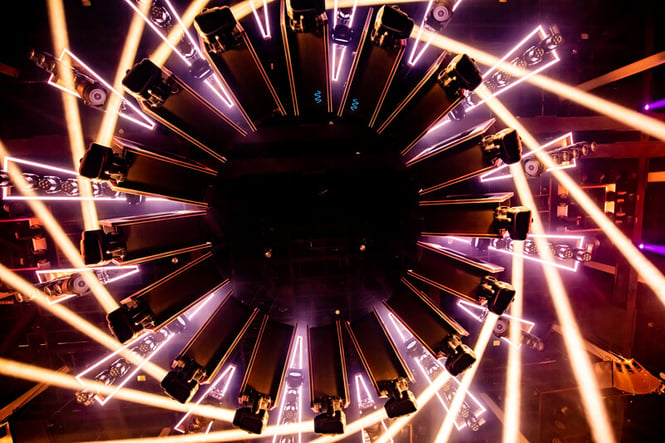 One of many stunning light designs at OT-Kun. Image courtesy of Live Legends.

But the Chinese team uses 2D drawings in AutoCAD while Live Legends works with 3D models in Vectorworks Spotlight. The studio prefers a workflow that supports both the natural creative process and technical elements of design, so they relied on the import/export capabilities of Vectorworks to collaborate easily without compromising quality. Live Legends imported the OT-Kun stage designs into Cinema 4D to produce detailed renderings. They used MA2 consoles and Robe lighting fixtures for the final production.

Ultimately, Live Legends leaned on powerful software to collaborate across the globe and design a truly legendary experience. Up next — Club One Third in Hangzhou.

See how Spotlight can help bring your visions to life.